Race no biggie on dating scene, but girls, nix the mustache: poll

Race no biggie on dating scene, but girls, nix the mustache: poll 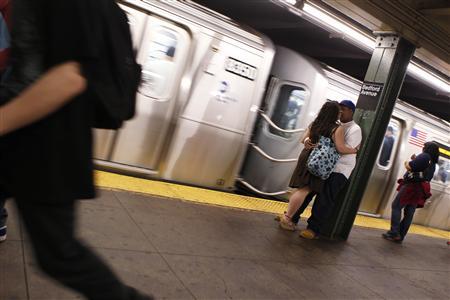 (Reuters) — Race and religion no longer seem to be an issue when it comes to dating, but body odor and a mustache on a woman are likely to be deal breakers, according to a poll on the singles scene released on Tuesday.

Reflecting the growing popularity of social media and the Internet, some 53 percent of the single Americans questioned for the poll said they used online dating, and 56 percent said they rely on the Internet for advice, rather than a trusted friend or confidant.

The poll, released by Oxygen Media in conjunction with Tuesday’s premiere of the cable TV channel’s series «Find Me My Man,» also found that men are twice as likely as women (57 percent vs. 28 percent) to say they would go on a second date after having sex on a first date.

But the biggest finding was the 90 percent of Latino and African-American women, and 85 percent of white respondents who said they were OK with having a future partner of a different race than their own.

On the question of religion, 80 percent of the 833 people questioned in the poll conducted by Research Now, said they would be fine with a future partner practicing a different religion than their own.

Although honesty ranks as the No. 1 quality for singles in a relationship, 87 percent of women said they would be turned off a date completely by body odor in a man.

For men, the no-no is spotting a mustache on a woman, with 68 percent citing it as a top deal-breaker.

The poll, conducted online between March 26 and April 2, found that 61 percent of singles look for their future mates in bars.

Oxygen channel’s «Find Me My Man,» pairs women in Miami who are having trouble finding the man of their dreams with no-nonsense matchmaker Natalie Clarice, for advice and coaching.

MORE ARTICLES ON DATING.DRZP.ORG
The Look of Love: Meeting His Parents
10 Tips For Finding A Girlfriend
How to Get A Girls Number Almost Everytime
U.S. Olympian's Secret Life As Las Vegas Escort